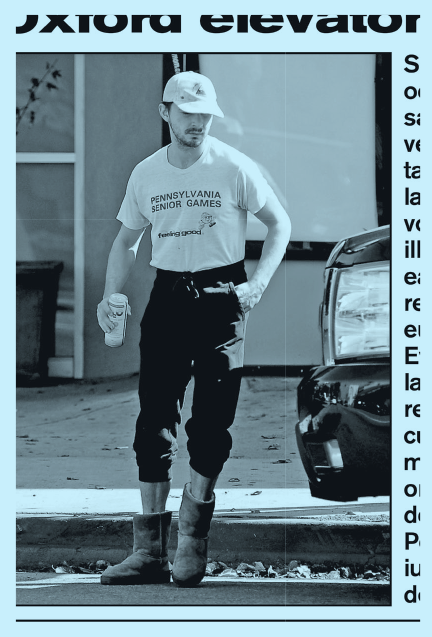 If you find yourself in the supermarket wearing pyjamas or out on the town in a tuxedo jacket styled with jeans, chances are you’re communicating a fashionable ideal that combines effort and the lack of it: ‘normcore’. 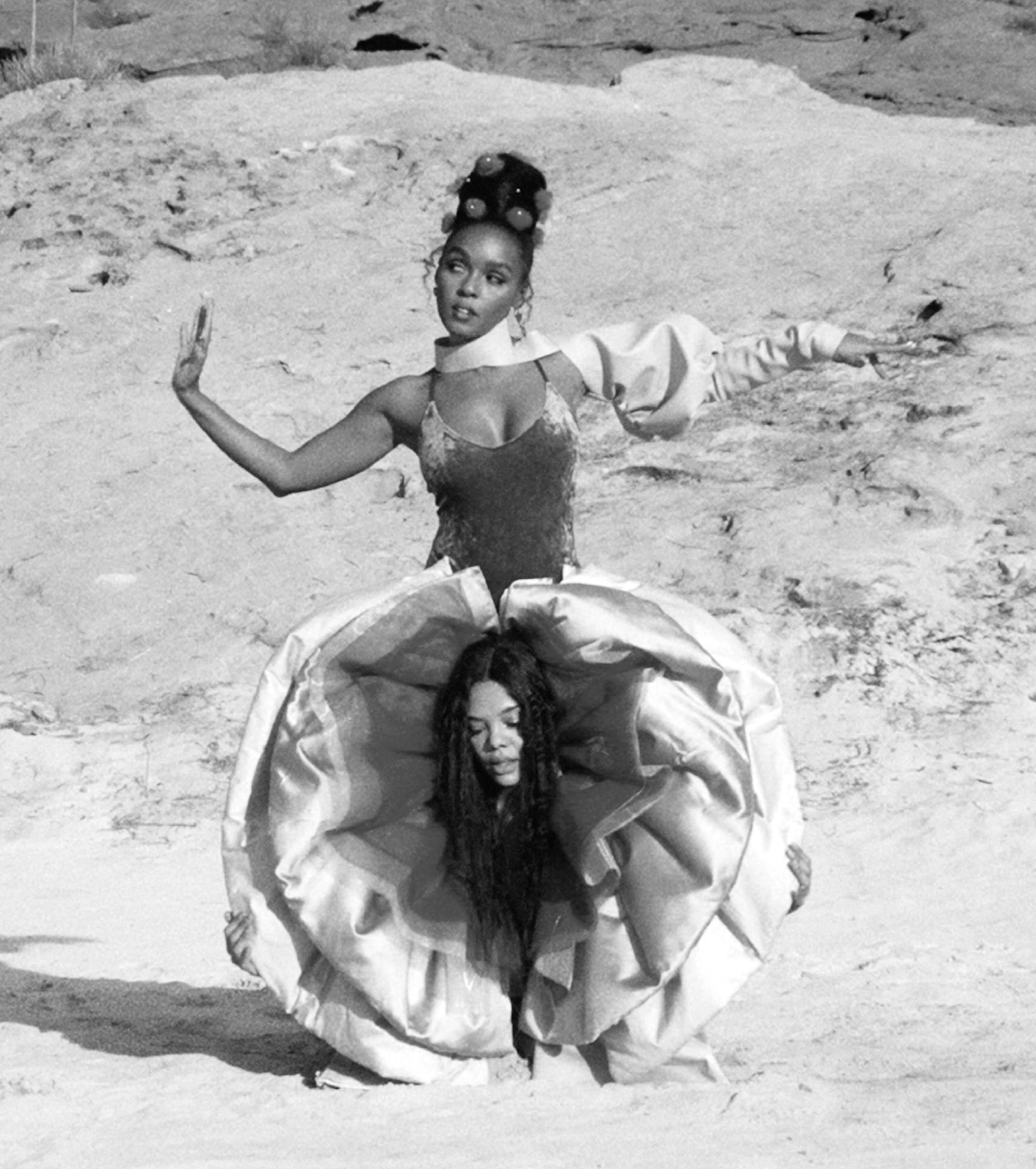 Janelle Monáe wearing vagina pants by Duran Lantink in PYNK, 2018.
Courtesy Emma Westenberg / PARTIZAN
Late last year, fashion graduate Duran Lantink got a call on a Tuesday at three in the morning. It was a friend, video clip director Emma Westenberg, asking him to design a costume for Janelle Monáe’s PYNK video by Friday. Lantink came up with the Vagina Pants and had 72 hours to make them.
First he needed Google to find out what a vagina looks like. ‘I came out of one, but I’d no idea.’ Then it was off to the Indian silk store armed with a bunch of vagina photos, much to the displeasure of the shop assistant. Luckily, Monáe loved the trousers. The clip went viral and has been viewed more than 12 million times already. ‘I was really strict during filming,’ recalls Lantink. ‘If the pants closed while dancing, I shouted: “Janelle! Vagina open!”’ 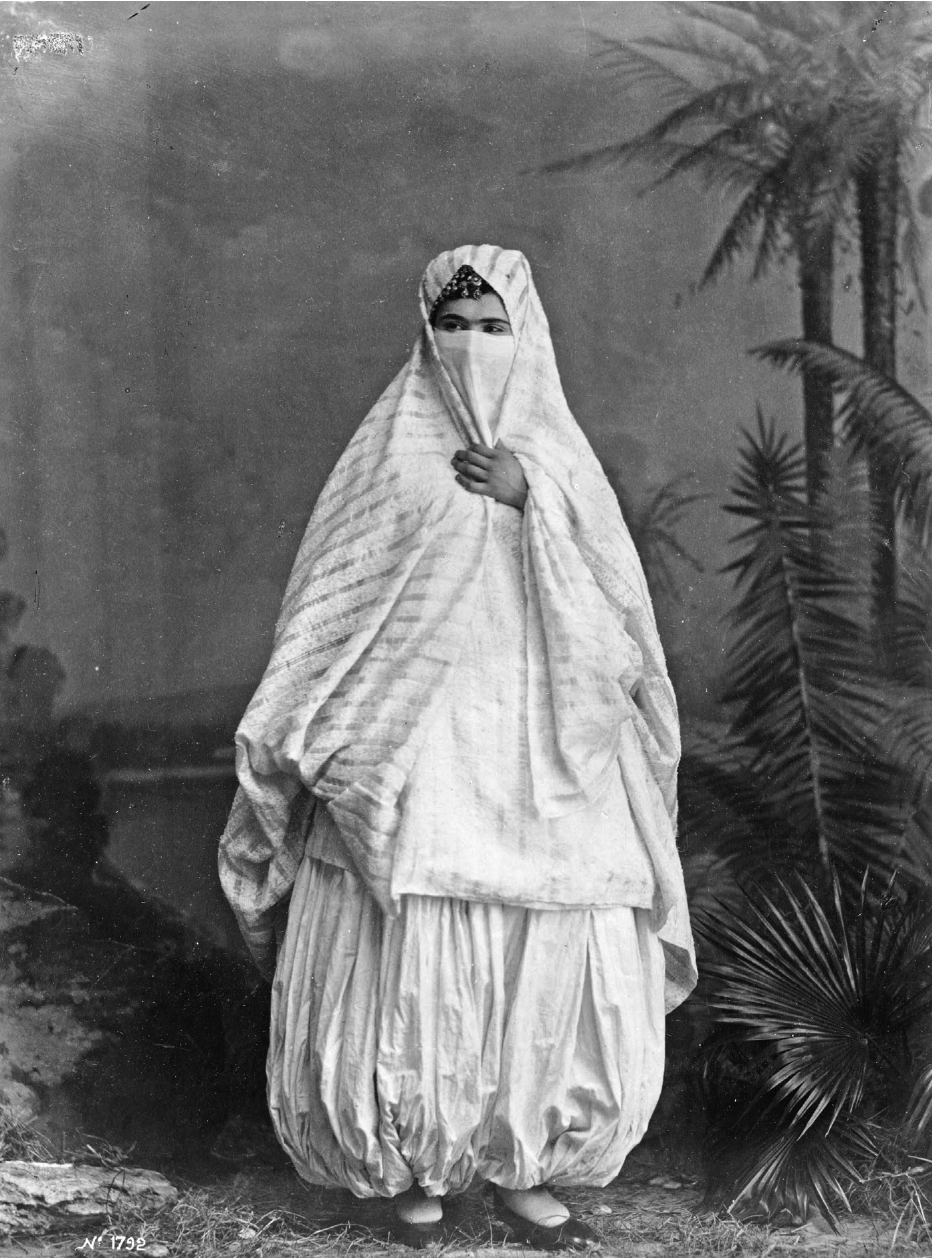 Algerian woman’s outdoor costume. Photo William Vaughn Tupper.
Courtesy Boston Public Library
‘You move, and then the pants move,’ MC Hammer said of his shiny haremstyle trousers, which rose to fame in 1990 in his video clip U Can’t Touch This. An apt song title for Hammer’s billowy pants, which followed every dance move he made with a splitsecond delay. Moreover, it’s a suitable warning for a pair of trousers that has its origins in prudishness and the pursuit of purity. Fifteen hundred years earlier, Harem Pants, then called Shalvar, were introduced in the Middle East to represent feminine modesty and innocence. Their unique selling point was their extremely baggy design, hiding any trace of the provocative feminine body. Ironically, Harem Pants gained a foothold in Western culture in the mid-1800s as a symbol of women’s liberation. Freed from the constraints of the upper body hijab, they were the first pants to be worn by women in Europe and the United States. The Turkish-style pants worn under skirts were able to combine freedom of movement and the fashionable round silhouette, without steel hoops, twelve pounds of petticoats and full-skirted dresses sweeping up dirt and debris from unpaved streets. Promoted with the help of infamous women’s rights activist Amelia Bloomer (hence the name ‘Bloomers’), Harem Pants gained popularity throughout activist feminine groups like the Suffragists. A second rebirth of the Harem Pants in Western culture took place around 1910. In the slipstream of Orientalism in Europe, French designer Paul Poiret included turbans, tunics and harem pants in his collection of women fashion. In 1910s Paris, ‘traditional’ clothes worn on a Middle Eastern body were perceived as ‘progressive’ when worn on a Western one. Although his Orientalist style was considered inappropriately sexualized, Poiret himself insisted that he designed Harem Pants for the chic woman to show off ‘the harmony of her form and all the freedom of her native suppleness’.
Poiret’s Orientalist collection was undoubtedly inspired by the images of travellers like William Vaughn Tupper, a Brooklyn banker who created dozens of scrapbooks documenting his late-19th-century travels to North Africa. Focusing on the mundane objects of the Middle East, the scrapbooks form one of the first image sequences revealing relationships between photography, tourism, lifestyle and fashion. Tupper’s 1890s Egypt Scrapbook depicts an ‘Algerian Woman’s Outdoor Costume’. It’s a classic Harem Pants that foresees the spell MC Hammer casts a century later. ‘Can't touch this.’ 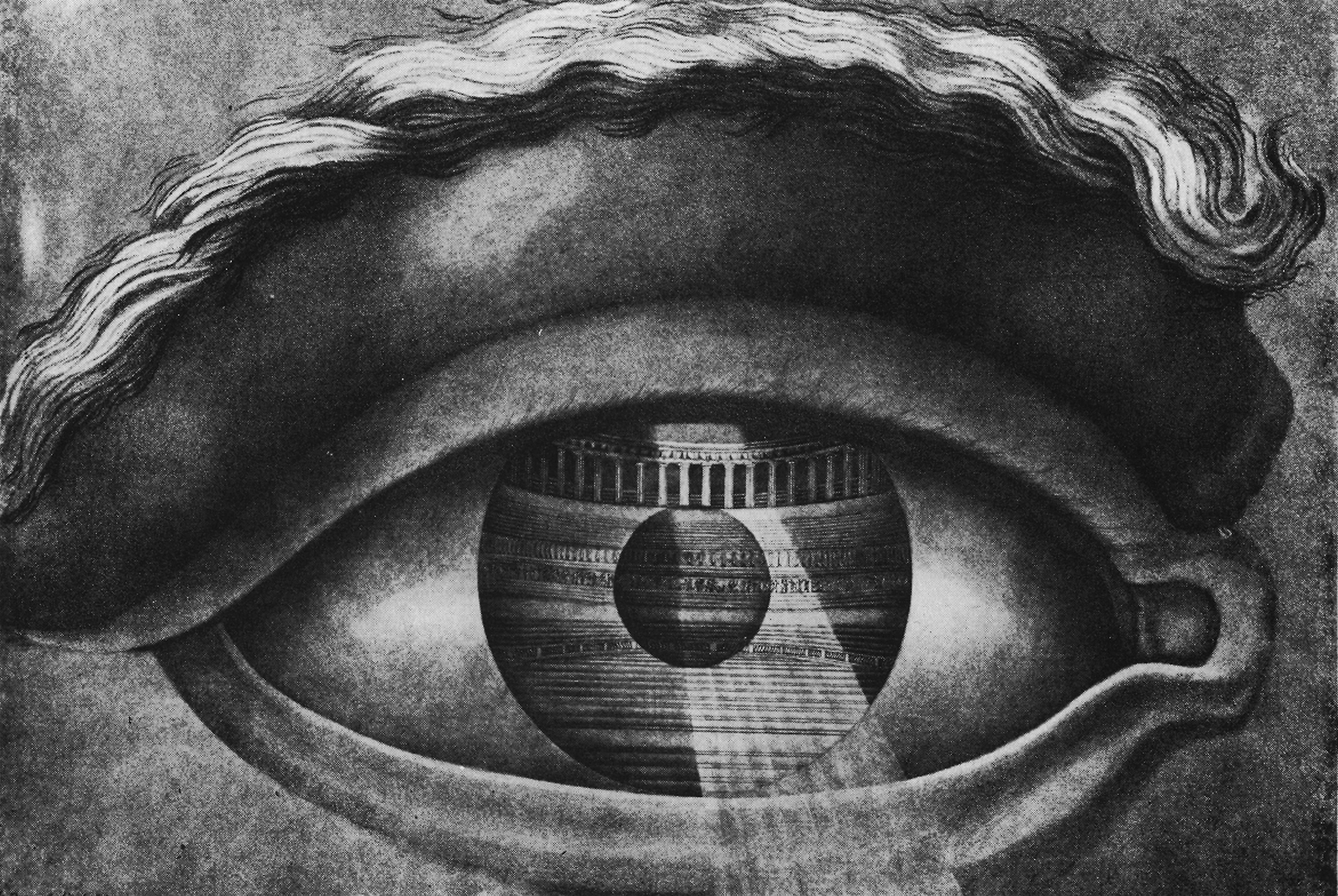 Inspired by the form of the earth, one shape has haunted architecture and its scientists, humanists and even utopians more than any other since time immemorial: the globe.

THANKS FOR JOINING
Almost finished... We need to confirm your email address. To complete the subscription process, please click the link in the email we just sent you.
Oops! Something went wrong while submitting the form.
InstagramFacebookTwittermail@macguffinmagazine.com
Not currently accepting internship requests
® Registered in the U.S. Patent and Trademark Office